Recently, US President Trump signed an executive order banning national from seven countries to enter the US territory, even if he is a green card holder. The ban has been criticized heavily. Many media interpreted this ban as a “Muslim Ban”. Such irresponsible interpretations are strongly provocative, which not only angered the American multiculturalists but also enraged Islamic Jihadists. Although the populations of the seven countries are predominantly Muslim, this does not apply to Muslims from all countries. Thus so-called “Muslim ban” is completely distorting the facts.

The first needed to be declared is that I do not support this ban signed by President Trump, because it is unnecessarily too strict, affecting many people confirmed no threat to the United States. I can totally understand President Trump and many Americans’ urgent need for security, hoping to shut out terrorism. In fact, what is needed is just to strengthen the visa processing, as well as the immigration control. This would achieve the same or even better results. After all, terrorists are not only from these countries. Many are even holding EU passports. The seven countries are not all “dangerous”, such as Iran, where the so-called terrorism has no foundation among the majority of the population who believe in Shia Islam.

Trump opponents tried to misinterpret the ban, saying it to be a prelude to the expulsion of all immigrants. They say soon Trump will deport Mexicans, Chinese, and even all the other “people of color” or “non-Christians”. He is simply Hitler II. However, the US president is not the emperor, and therefore he does not have such a power. On February 3, a Seattle federal judge suspended the ban nationwide. In this regard, Trump is still appealing. No matter who is right, this reflected the separation of powers in the United States. If an order is not widely accepted, it is doomed to fail.

Why the United States has no obligation to accept refugees

I believe the intent of the ban contains the restriction to the refugee influx. CNN who has always been opposed to Trump also recently reported that tens of thousands of refugees with visas are affected by the ban. At this point, I support Trump’s decision, because no matter what country the refugee is from, he should be prohibited.

At any time, it is a disaster when a large number of refugees flood into a country. Since the beginning of the war in Syria, millions of refugees entered into Germany through the “Balkan route” benefiting from Merkel’s “Welcome Policy”, and settled down there. These people do not all come from Syria or other countries at war, but also from relatively safe North African countries, such as Morocco. Merkel’s Welcome Policy were not for those economic migrants from safe countries, but facing the influx of millions of refugees, even the identification of the country of origin of the refugees is a problem. How could they do a detailed background check? The consequence of the policy to Germany and other European countries is the deterioration of public security. The public is under the growing threat of terrorism.

Refugees are living in difficult conditions. Indeed, they deserve sympathy. But at the same time, this is due to failures of their own countries. Such failures are accumulated by their progenitors. These people, as their descendants who inherited the blood, should inherit the status of their countries, too, like the people of Western countries inherited everything from their industrious ancestors. Freedom in a country is never free. Everybody is born not equal because there is no isolated individual. Everyone inherits everything from the ancestors, including genes, culture, property, place of birth and citizenship. It is a right for people living in war-torn countries to flee, but the attempts to live in someone else’s homeland is not a human right and is not the obligation to other countries. To have the privilege, they need to be recognized and approved by the country they immigrate to. The approvals may be through investment which helps the economy, the expertise as skilled migrants, or just common culture, for example, many European countries are more willing to accept Christians from Syria. All in all, you have the freedom to flee your country, but other countries have no obligation to be your refuge.

I think it is in line with the national interests of the United States for Trump to limit refugees, and to increase the requirements for immigrants based on skills or investments.

If you read carefully, you will see Article 13 only mentioned the freedom of movement within the borders, and to leave and return to his own country. The Article 14 limited to political asylum. After all, the Universal Declaration of Human Rights is just a declaration and does not have any binding.

2 Many countries have signed the “Refugee Convention”.

The convention has only the rule of “no deportation” and does not mention anything about entry to a certain country. Moreover, the convention only applies to political refugees, not including refugees of war, natural disasters, economic reasons or any other form.

3 It is like China, Soviet Union or North Korean to disallow people to move.

The communist countries are/were restricting people’s freedom of movement within the territory, as well as the freedom to leave their country. This is totally different from the prohibition of arbitrary entry of foreigners.

4 US interfered in Middle East wars, leaving a mess, and therefore the US has the obligation to admit these refugees.

There is not enough evidence that the refugee problem in the Middle East is only caused by the United States. Sectarianism and extremism made more people homeless. As for the US invasion of Iraq, each part has no obligation to accept the belligerent other’s refugees.

5 If every country is so cold-blooded, where do refugees go?

Wherever refugees go, it is their freedom. Of course, for most people who are unable to obtain the right of abode in other countries, they should stay, try to end the wars and rebuild their countries.

Maybe, but is “cultural diversity” really a good thing as many imagine? Stay tuned for my next article “Criticism of multiculturalism.” 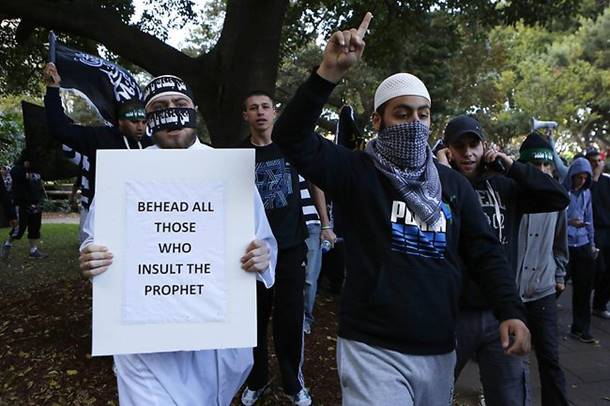